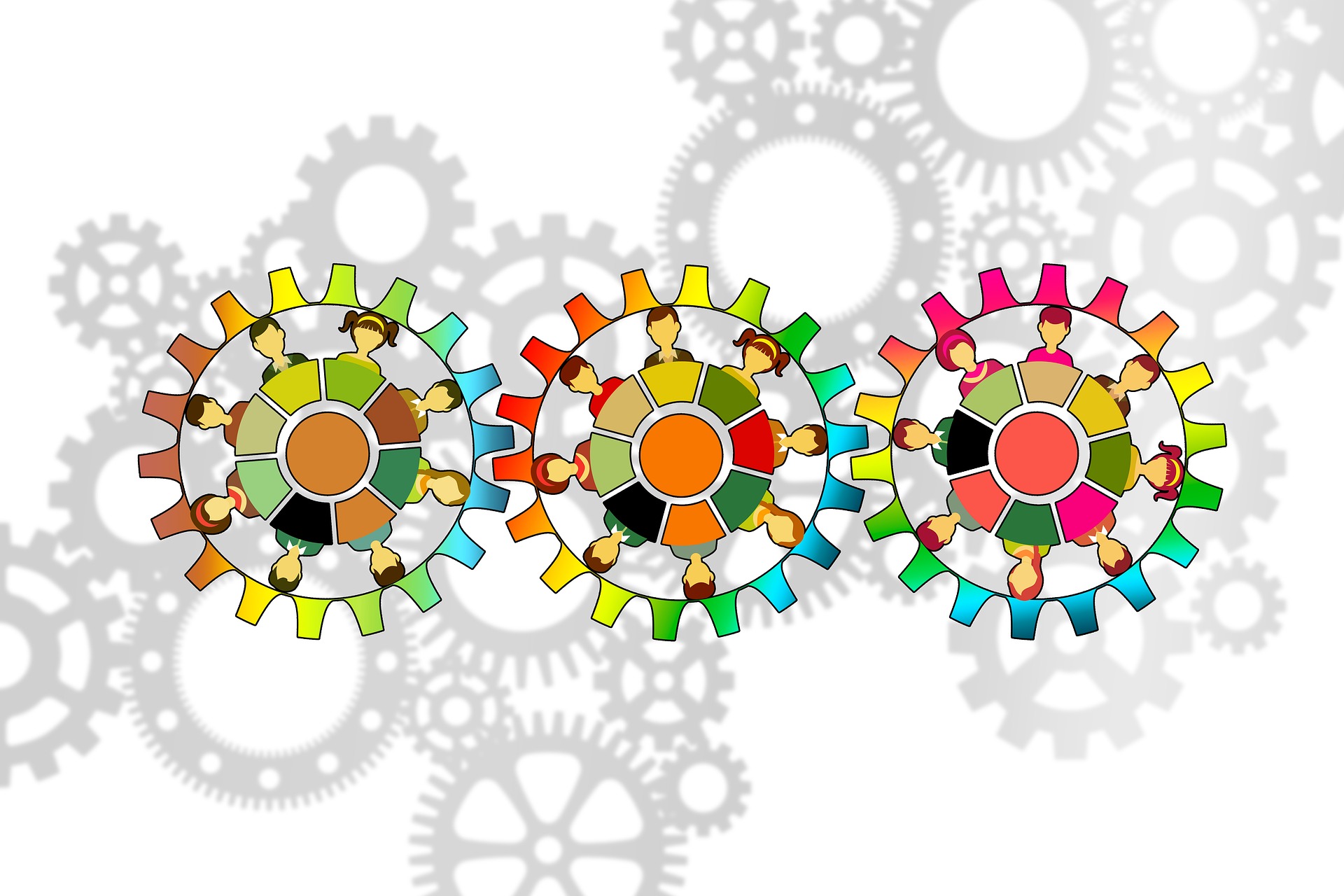 Ayhan Kaya is the Director of the European Institute. He is a Professor of Politics and Jean Monnet Chair of European Politics of Interculturalism at the Department of International Relations, İstanbul Bilgi University; and a member of the Science Academy, Turkey. He received his PhD and MA degrees at the University of Warwick, England. He is the principal investigator for the ERC project titled “Nativism, Islamophobism and Islamism in the Age of Populism: Culturalisation and Religionisation of what is Social, Economic and Political in Europe”. Kaya was previously a Jean Monnet Fellow at the European University Institute, Robert Schuman Centre for Advanced Studies, Florence, Italy, and adjunct lecturer at the New York University, Florence in 2016-2017. He previously worked and taught at the European University Viadrina as Aziz Nesin Chair in 2013, and at Malmö University, Sweden as the Willy Brandt Chair in 2011. Some of his books are Turkish Origin Migrants and Their Descendants: Hyphenated Identities in Transnational Space (London: Palgrave, 2018); Europeanization and Tolerance in Turkey (London: Palgrave, 2013); Islam, Migration and Integration: The Age of Securitization (London: Palgrave, 2012).

Metin Koca joined the PRIME Youth project as a full-time postdoctoral researcher in November 2020. Koca received his Ph.D. in Social and Political Sciences from the European University Institute, Italy, in January 2020. He is interested in the study of cultural change and reproduction, as well as the politics of tolerance, recognition, and difference. Koca completed his undergraduate degree at Bilkent University (2012) as the first ranking student in the Faculty of Economics, Administrative and Social Sciences. Later, as a Jean Monnet Scholar in “Justice, Freedom and Security”, he earned a Master’s degree from the London School of Economics and Political Science (2013). Koca conducted part of his Ph.D. research as a visiting scholar in the Department of Sociology at the University of California, Berkeley (2016-2017).

Ayşenur Benevento has a Ph.D. in Psychology from the Graduate Center, City University of New York and currently works as a part-time postdoctoral researcher for the ERC project titled “Nativism, Islamophobism and Islamism in the Age of Populism: Culturalisation and Religionisation of what is Social, Economic and Political in Europe”. Benevento's research focuses on the interactions children and young people actively develop with their immediate surroundings, different social entities and culture. Her inquiries led her to be part of many interdisciplinary studies conducted in very distinct cultural and international contexts over the years.  She is a product of public school from kindergarten to graduate school. Website: www.aysenurbenevento.com

Bio: An Van Raemdonck was trained in Islamic and Middle Eastern Studies (MA) and received her PhD in Comparative Science of Cultures from Ghent University, Belgium, in December 2016 as a research fellow of FWO - Research Foundation Flanders. She is currently a postdoctoral researcher at the Department of Social and Cultural Anthropology at VU University Amsterdam, the Netherlands. Her research interests include religion, secularism and gender and sexuality, particularly at the intersection with global processes and postcoloniality and in minority, migration and refugee contexts. Her doctoral research focussed on the politics of development, female genital cutting and religion in Egypt. In a postdoctoral research project funded by NWO-WOTRO, she examined the shifting meanings and contexts of early marriage among Syrian Refugees in Jordan. She has published various book chapters and articles in a.o. Religion and Gender, Culture, Health and Sexuality, Social Inclusion, Religions and wrote and produced two documentaries.

Bio: Max-Valentin Robert received his Ph.D. in political science in January 2021 at Sciences Po Grenoble (UMR Pacte, France), where he also worked as a Temporary Lecturer and Research Assistant (Attaché Temporaire d’Enseignement et de Recherche – ATER). His main fields of interest include democratization in Muslim societies, minorities’ voting behavior and the Turkish party system. He also works on far-right in a comparative perspective and the current developments of French politics. He is co-author (with Raul Magni-Berton) of ‘Maximizing presidential coattails: The impact of the electoral calendar on the composition of the National Assembly’ (French Politics, 2017). In collaboration with Ayhan Kaya and Ayşe Tecmen, he has also co-published : ‘Populism in Turkey and France: nativism, multiculturalism and Euroskepticism’ (Turkish Studies, 2019).

Bio:  Melanie Weißenberg received her Ph.D. in political science in June 2021 at the Department of International Relations at Istanbul Bilgi University. Weißenberg's dissertation focused on German-Turkish Women’s Practices of Transnational Mobility and Belonging in the Light of Intersecting Social Divisions. Previously, she graduated from the University of Bonn with a Master’s degree in Anthropology of the Americas, Comparative Religious Studies and Economics. She currently works as a field researcher for the ERC project titled “Nativism, Islamophobism and Islamism in the Age of Populism: Culturalisation and Religionisation of what is Social, Economic and Political in Europe,” and she is a research assistant at the department of cultural anthropology at the Rheinische Friedrich-Wilhelms-University in Bonn. Her academic interests include ethnographic research, migration, concepts of belonging and intersectionality, urban research, and Turkish politics.

Bio: Merel Zuurbier graduated from the UvA (Universiteit van Amsterdam) with an MA degree in Social and Cultural Anthropology. Executing fieldwork in Istanbul for her MA she examined the role of Islamic fashion as a consumer good, creating and blurring lines between Islamists and secularists. Currently she is a Ph.D candidate at the VU (Vrije Universiteit Amsterdam) focusing on how notions of citizenship among Dutch majority impose challenges for Turkish migrants in the Netherlands to assume a sense of belonging. These challenges affect their integration and inclusion into the host nation. Merel Zuurbier is a researcher for the ERC project titled “Nativism, Islamophobism and Islamism in the Age of Populism: Culturalisation and Religionisation of what is Social, Economic and Political in Europe”.

Bio: Amina Drhimeur is an associate fellow at the Center for Applied Research in Partnership with the Orient (CARPO, Bonn, Germany) and a fellow at the American Political Science Association (APSA). She is currently conducting her Ph.D. research in Sciences Po Lyon, France. Drhimeur’s research explores the evolution of political Islam within incumbent political parties, democratization process and power reconfigurations mainly in North Africa and the Middle East. She received her M.A. degree in International Relations and Diplomacy from Mohammed V University, Rabat, Morocco and her M2 from Science Po Lyon, where she chose Globalization and Governance as specialty. Her publications include The Party of Justice and Development’s Pragmatic Politics (Baker Institute for Public Policy, Houston, Texas) and The rise of populism? Comparing incumbent pro-Islamic parties in Turkey and Morocco (Turkish Studies).

Aslı Aydın-Sancar graduated from İstanbul Bilgi University with a BA degree in Media and Communication Systems and received her MA degree at BİLGİ’s European Studies programme. She currently works at the European Institute of İstanbul Bilgi University as the Project Manager and Institutional Coordinator and she is responsible for academic and administrative event planning, and management of EU funded projects. Her academic interests include EU-Turkey relations, migration, and communication systems.

Didem Balatlıoğulları graduated from İstanbul Bilgi University with a BA degree in Management of Performing Arts programme and received her MA degree at BİLGİ's Cultural Management programme. She is working at the European Institute of BİLGİ as an administrative assistant. Her research areas are minority studies, cultural diplomacy, and cultural policies.