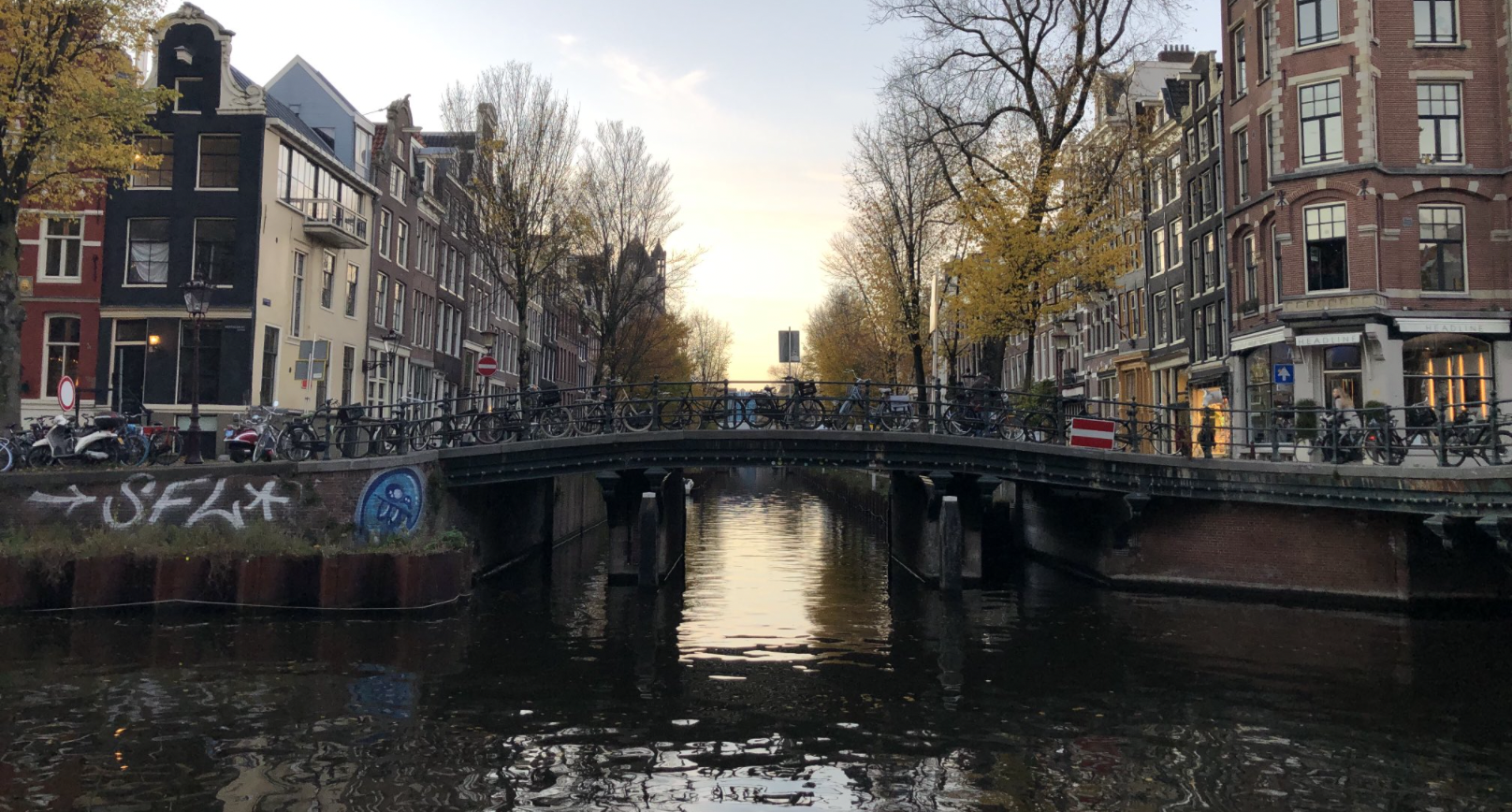 Workshop on Islamist and Right-wing Radicalizations on 23 November 2021

The PRIME Youth team completed the first of its workshops in Amsterdam. Our next workshop will take place in Belgium on 26 November.

Our workshop at Zuiderkerk covered the PRIME Youth’s ongoing studies and findings, along with presentations from esteemed colleagues from the Vrije Universiteit in Amsterdam (VUA), Radboud University, and Utrecht University on the current debates surrounding Islamist and right-wing radicalizations. The conference was moderated by the PRIME Youth advisory board member Professor Thijl Sunier of VUA and the PRIME Youth field researcher Merel Zuurbier.

In their presentations on radicalization in the Dutch context, Zuurbier and Sunier discussed “the losers” and “winners” of global developments. The presenters referred to a selection of interviews conducted with native and migrant-origin interlocutors of the PRIME Youth project. Sunier described the general picture by highlighting the discrepancy between, on the one hand, the strong emphases on diversity as a necessary tool to generate more equality for all citizens, and on the other, the dismissal of specific identity markers on the basis that parochial identities would engender polarization.

Principal Investigator Professor Ayhan Kaya’s presentation covered the native and migrant-origin Europeans’ radicalization in the contexts of local politics in different parts of Europe and the sending countries’ diaspora politics. Kaya argued that migrant-origin Europeans still suffer from the lack of opportunities to be politically integrated. Kaya described the PRIME Youth project as a contribution to the scholarship that has so far studied European youth in “ethnoculturally” and “religiopolitically” divided clusters. In his proposal, he utilized a single optical lens to analyze the factors and processes behind the radicalization of both native and migrant-origin youths. In this endeavor, Kaya dismissed the culturalist and civilizationist paradigms shared in radicalization studies. Instead, he emphasized how the PRIME Youth project revolves around the political, global, local, and psychological drivers of radicalization. Also criticizing the neoliberal form of governmentality for conflating radicalism with extremism and terrorism, Kaya concluded, “there is nothing wrong with being radical.”

The participants have also discussed the project’s methodological developments. Postdoctoral researcher Dr. Ayşenur Benevento laid down the three data collection strategies developed by the PRIME Youth research team: 1) the purposeful and contextual efforts of recruitment wording for each individual, 2) note-taking instead of audio recording, and 3) adapting to the use of videoconferencing platforms to collect data when face-to-face meetings are not possible or appropriate. Benevento defined the project as one that aims to reach "hidden populations," challenging to locate and may not want to be found and are therefore difficult to sample. According to Benevento, the way label groups are defined and how they might speak might provide interesting thoughts on how ethnic/religious categories emerge and the tensions for research, given that social research has to draw on categories of some type. Benevento concluded her presentation by emphasizing the importance of adaptive fieldwork.

The concept of radicalization was scrutinized both empirically and theoretically in the workshop. Postdoctoral researcher Dr. Metin Koca argued that the transnational politics of “Muslim (de)radicalization” affects Christians, as well as Muslims, by putting violence and illiberal value expressions into the same basket. In support of the proposals against “Radical Islam,” many religiously conservative Catholics withdraw their criticisms regarding the line they see between freedom of expression and insult. Conservative Calvinists refrain from being on the same side as conservative Muslims, even in traditional family values and anti-abortion campaigns. Based on 17 PRIME Youth interviews conducted with conservative Christians in France and the Netherlands, Koca’s research rested on a tripartite framework that connects (1) the barriers that they see between themselves and Islam; (2) the concessions they make on their own value expressions to join Populist Radical Right against the perceived threat of Islam; and after all, (3) the feelings of isolation they express in seeking religious purity. Koca summarized the process as a kind of religious moderation towards Populist Radical Right.

Dr. Rik Peels from the Extreme Beliefs project also called for a closer look at the different usages of “radicalization” and the relations between them. In the Extreme Beliefs project, Peels argues that the current radicalization model is not conclusive and fails to have the convincing power to explain why some turn to fundamentalist beliefs while others do not. Drawing on an extensive literature, including Mark Sedgwick’s article, “the concept of radicalization as a source of confusion,” and Arun Kundnani’s study entitled “radicalization: the journey of a concept,” Peels offered an expansive definition by considering the absolutist and relativist take on radicalization, as well as the cognitive and behavioral, the individual and collective, and the temporal dimensions of the concept.

Dr. Martijn de Koning (Radboud University) and Dr. Nikki Sterkenburg (Utrecht University) focused on the “Jihadi” and “far-right” extremisms. Analyzing "the interactive construction of Jihadism" through action programs, penal laws, and political campaigns, Koning argued that the Dutch counter-radicalization policies are “a gift to Jihadists.” Koning agreed with Kaya that with the labels such as extreme, jihadist, radical or ultra, political activists are named oppositional in word or deed and are generally considered potentially dangerous, deviant, and subversive. Based on his interviews with individuals who left the Netherlands to wage war in Syria, Koning questioned the specificity of Islam in the meaning-making processes in recruitment. Accordingly, the narratives of departure Koning identifies are ideological narratives (e.g., revolutionary military jihad, martyrdom, apocalypse, Caliphate), injustice narratives (e.g., 'doing something', Islamophobia, atrocities of the Assad regime), and personal turn-around narratives (e.g., alienation, financial problems, family problems). These narratives do not necessarily appear as parts of a causal chain, but they appear in narrative forms.

Finally, based on 36 interviews with activists from different backgrounds and who have very different levels of education, Sterkenburg asked why individuals join the far-right extremist movements and to what extent this process corresponds to the existing body of literature. Sterkenburg offered a new framework to examine the life stories of far-right extremists, including "thrill seekers," "political seekers," and "social seekers." Accordingly, the thrill-seekers want to provoke. The political seekers are disappointed in politics and are seeking alternatives. The social seekers wish for friendship, and the ideological seekers see recruitment as the ultimate self-realization.

Our final workshop program, including the speakers, speech titles, the list of invitees, and the main snapshots are as follows: 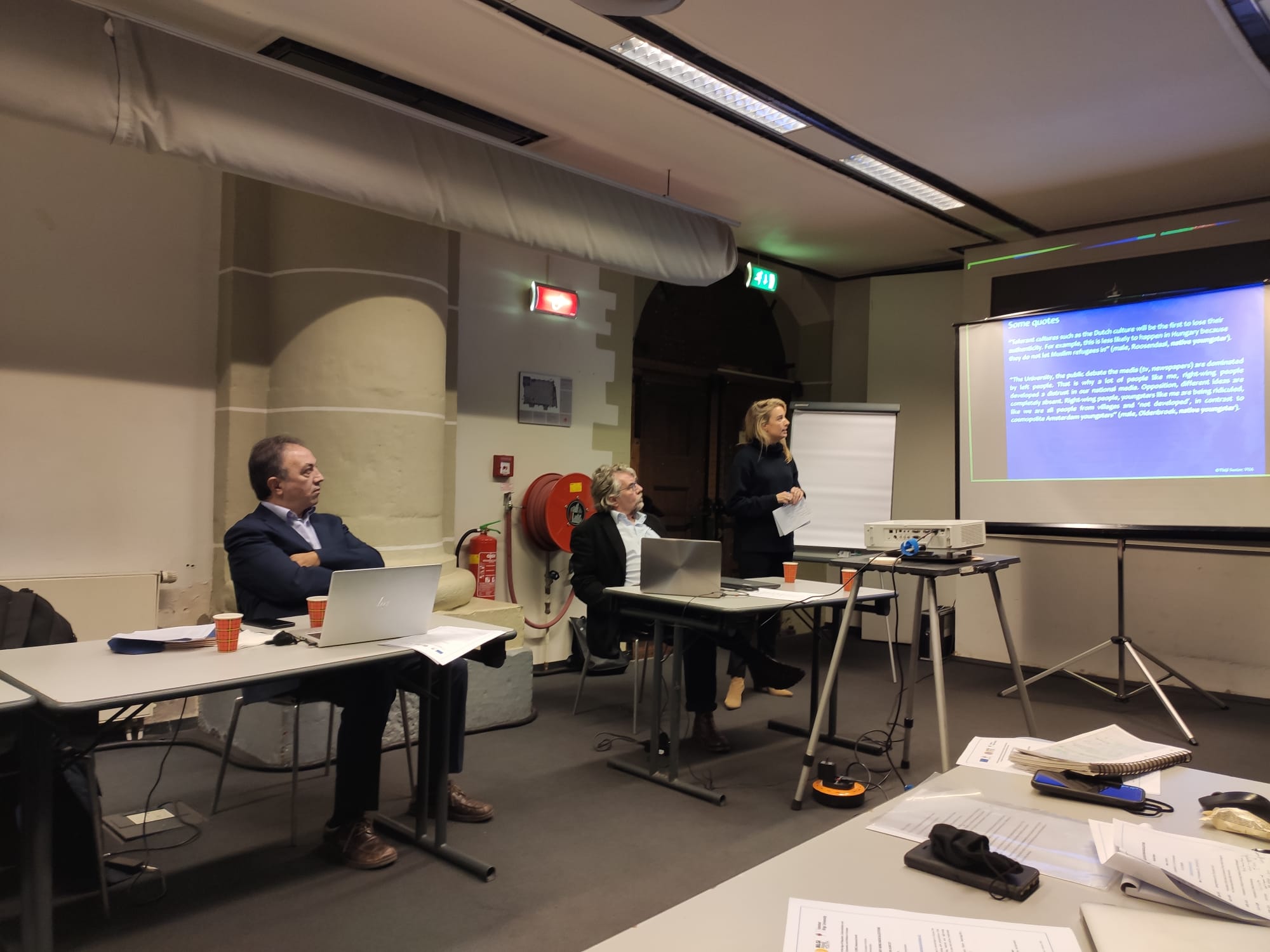 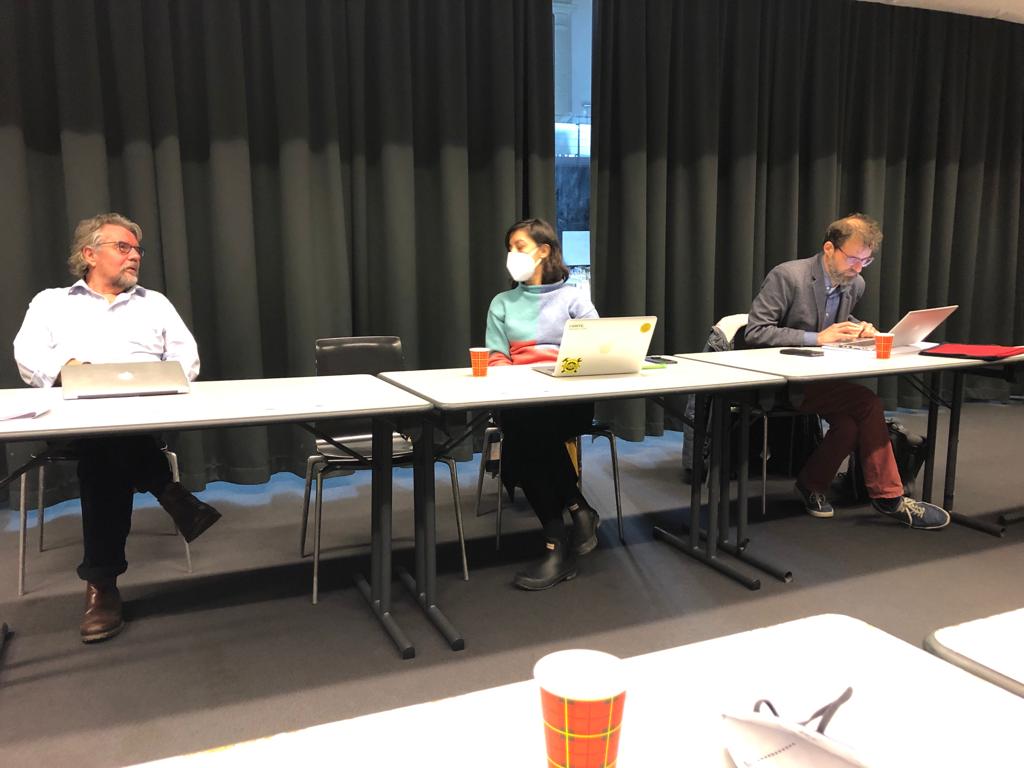 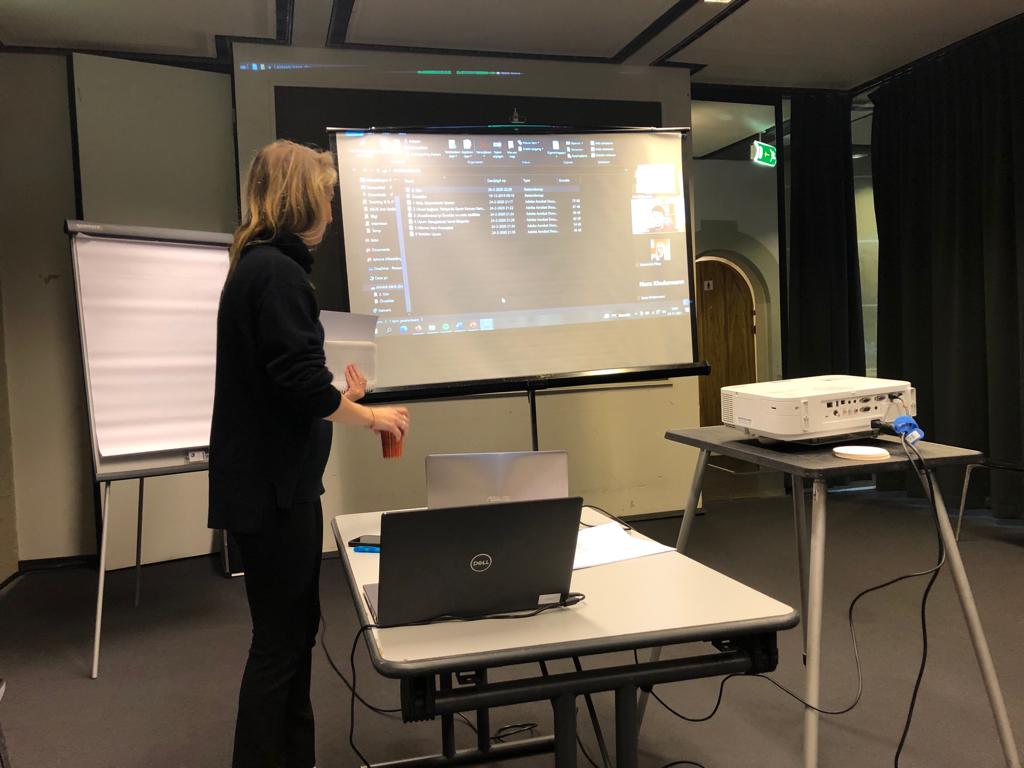 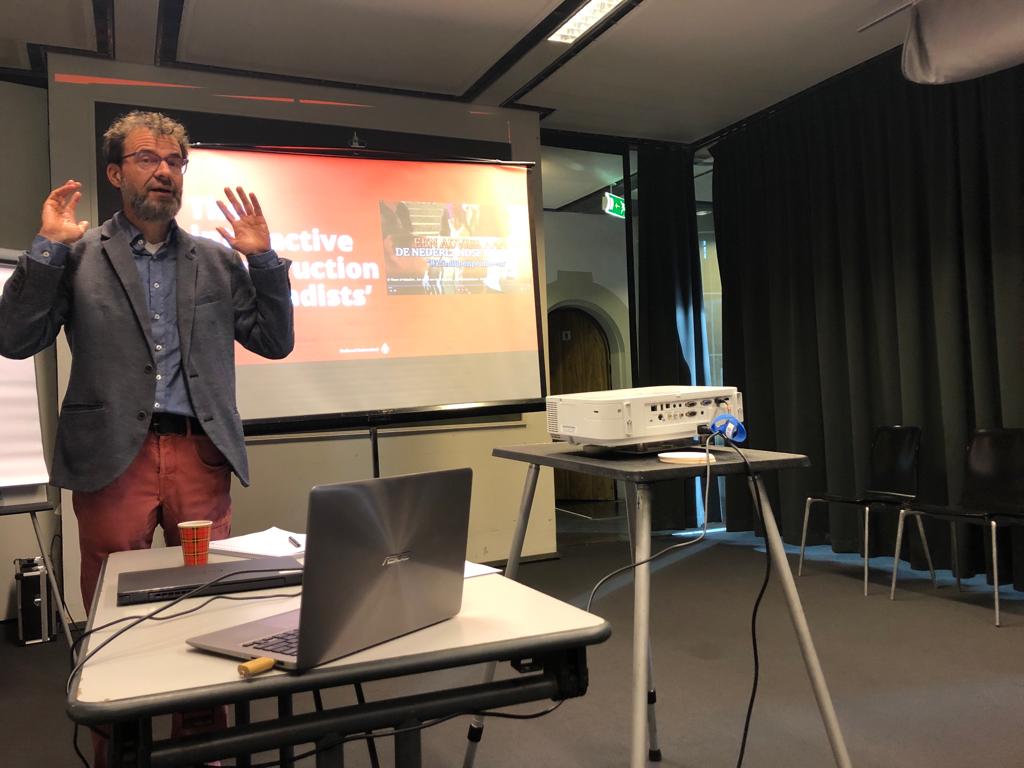 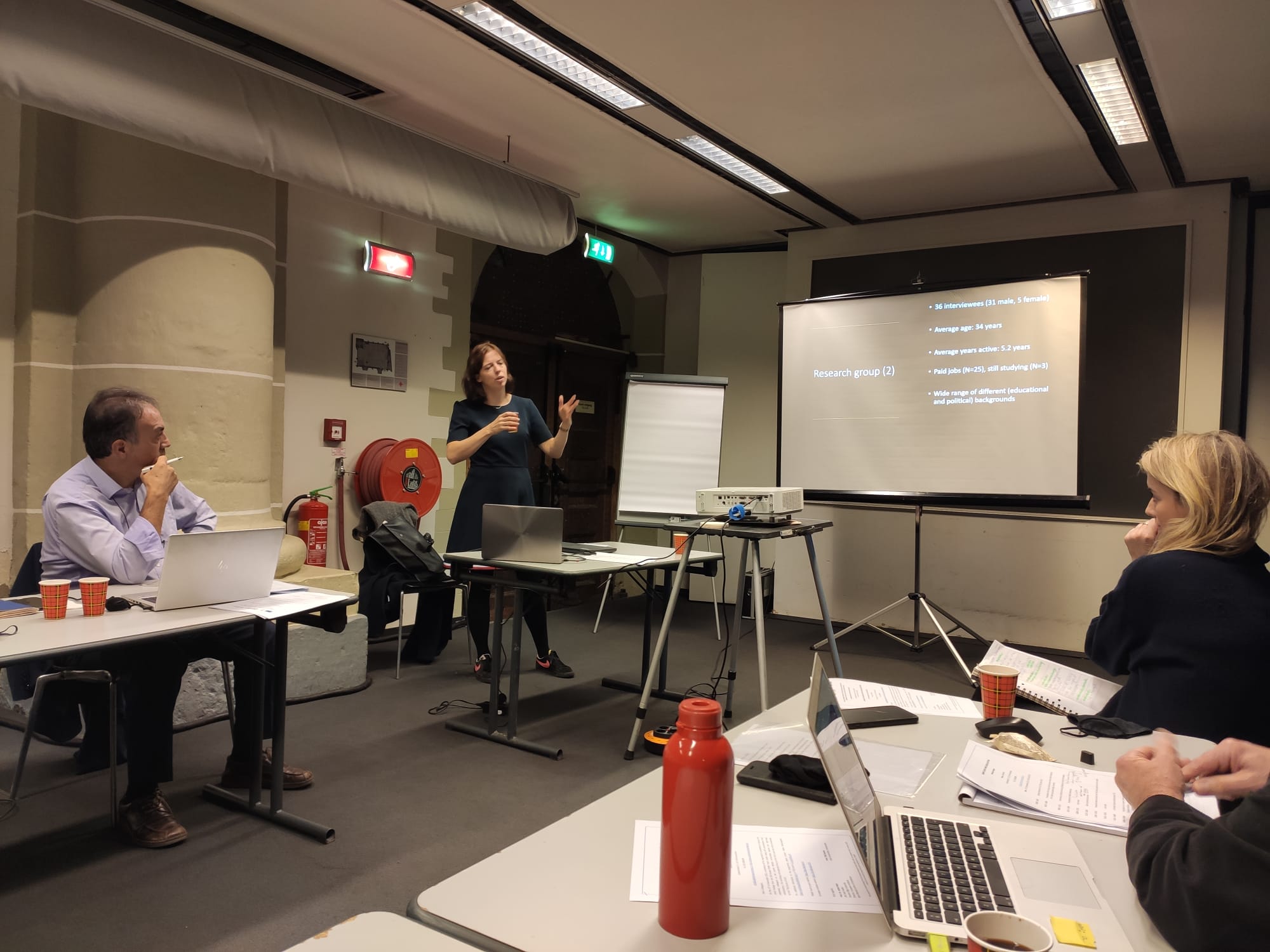 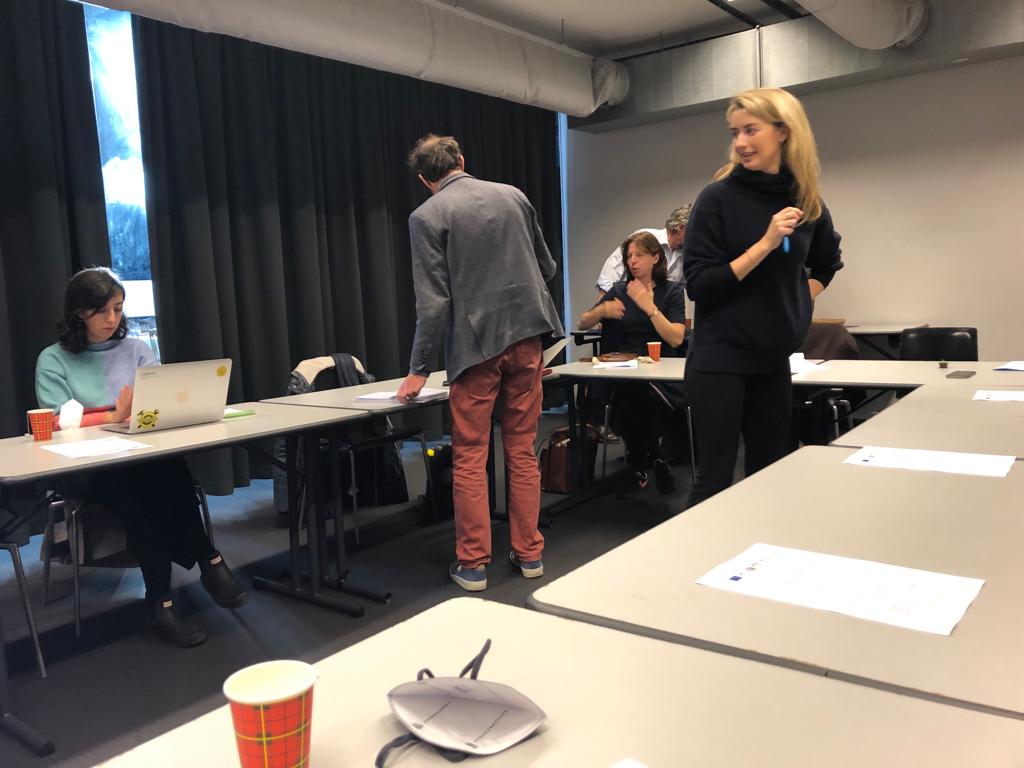 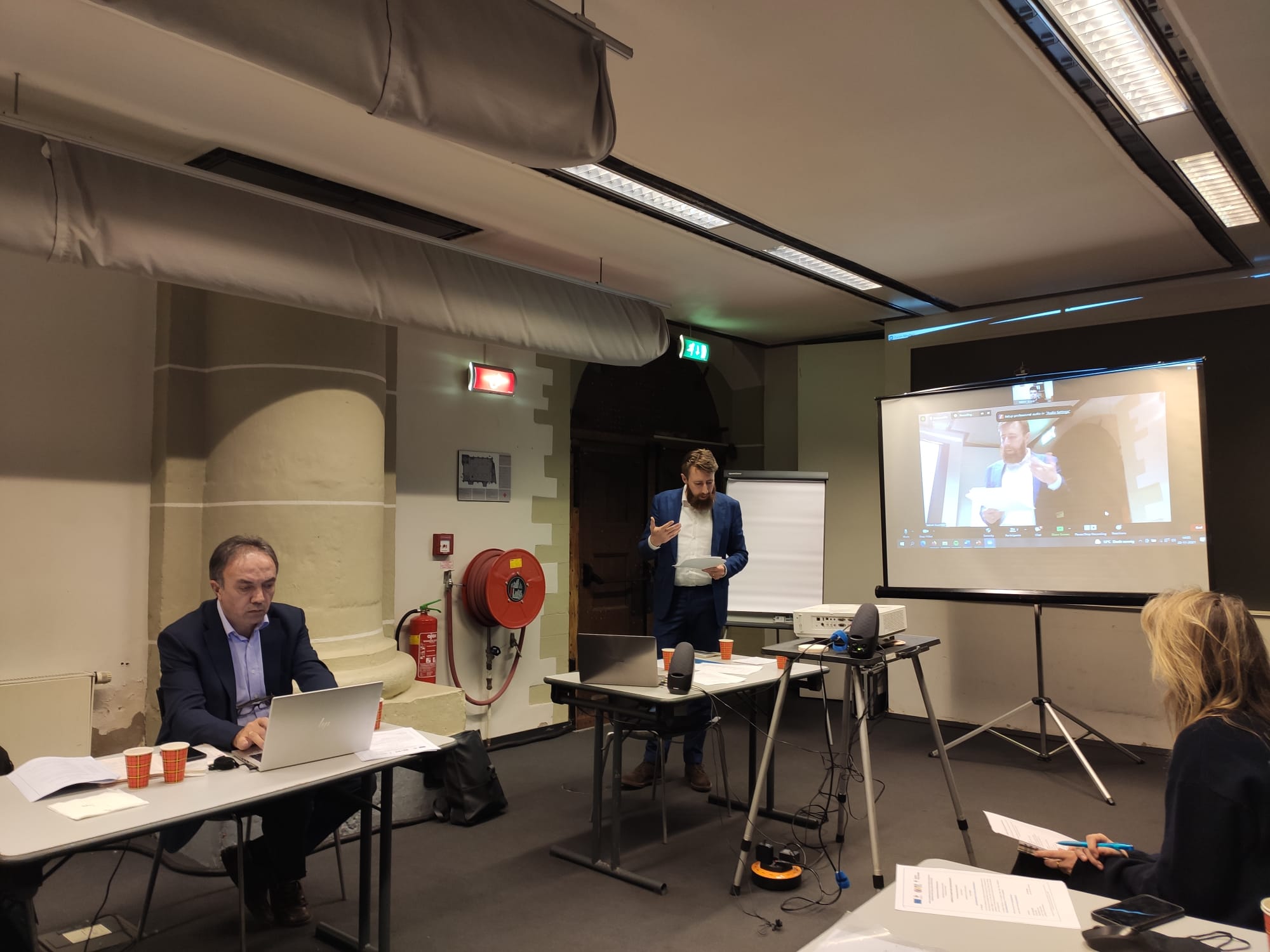 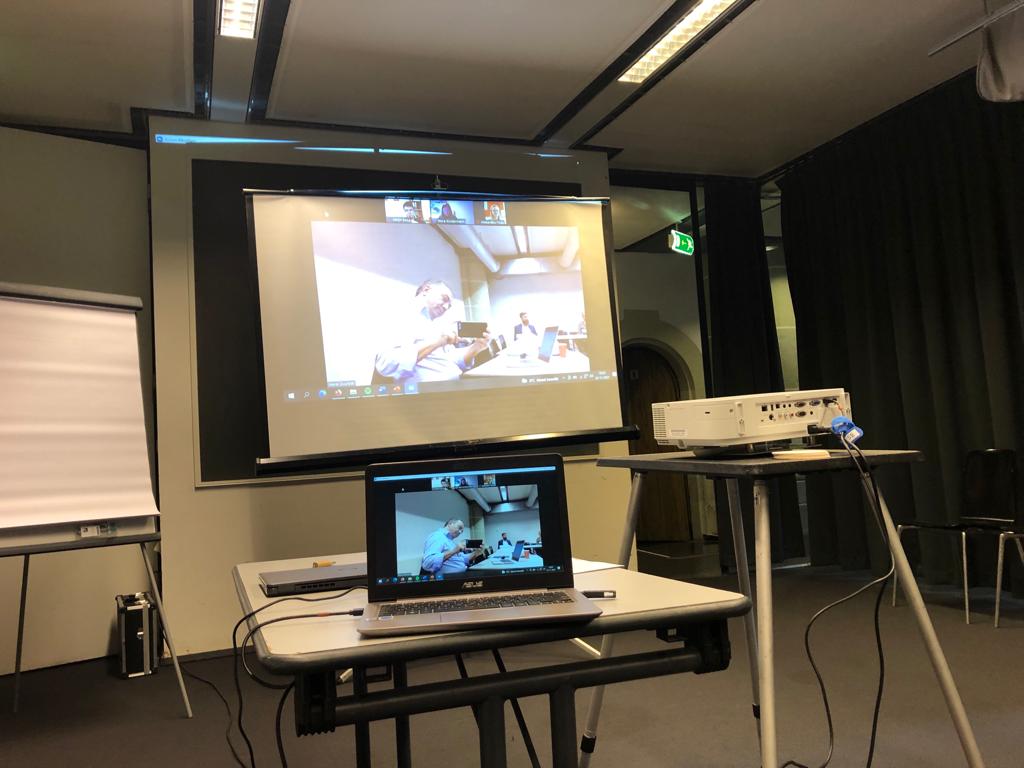 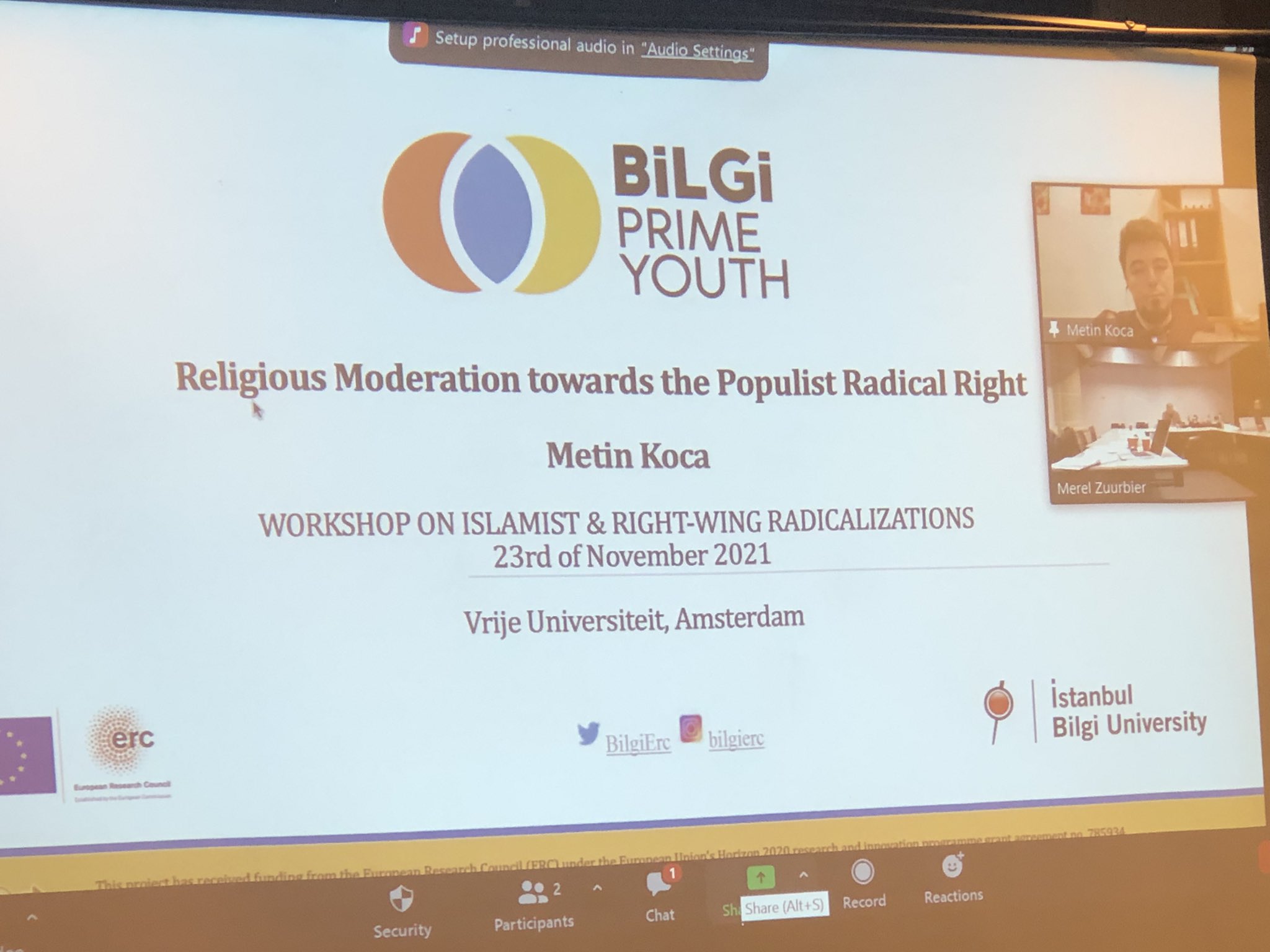 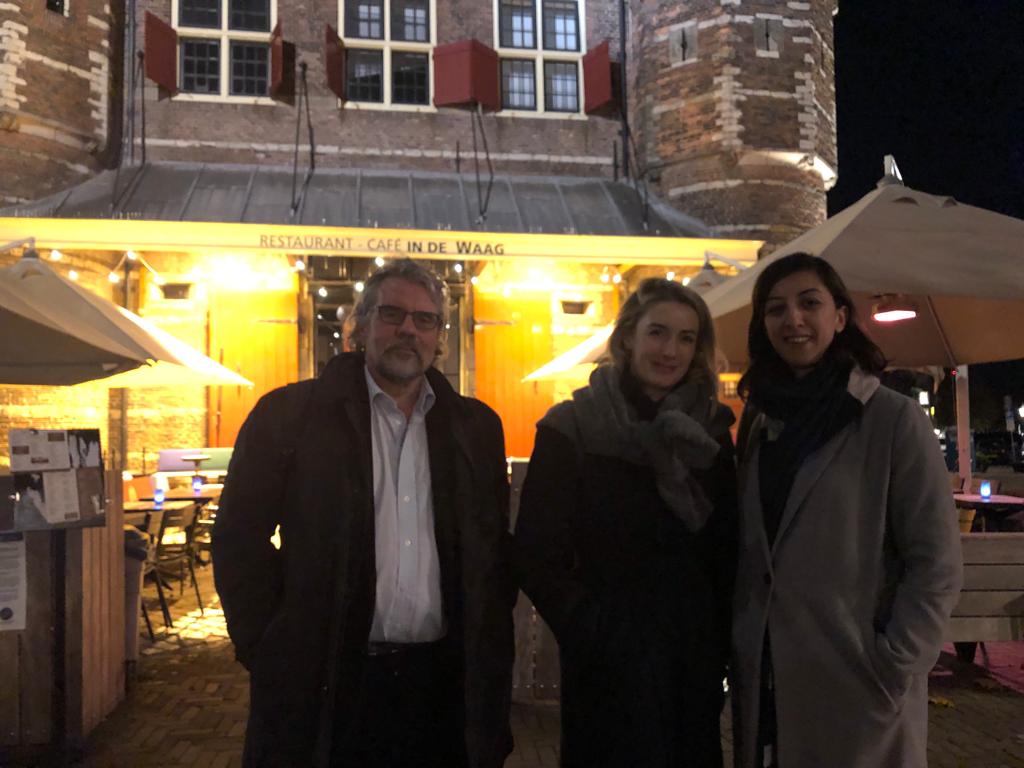 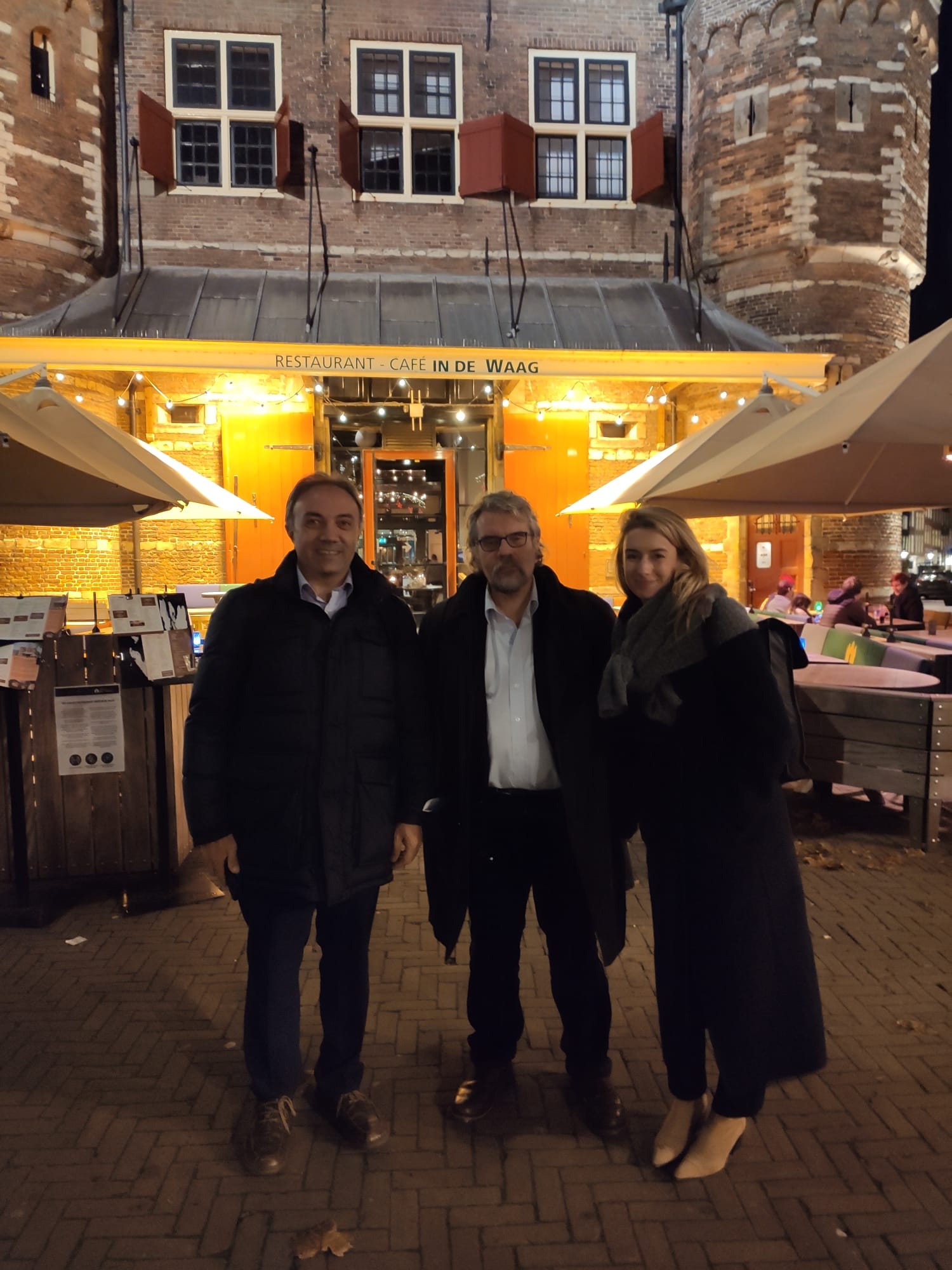